Mellie is a children’s and family content creator, producer, writer, script editor and creative consultant.   Together with her writing colleague, Jan Page, she founded Adastra Creative Ltd, a writer-led Independent TV production company in 2006 which has produced five series of the top rated CBeebies mixed content show Grandpa in my Pocket along with a successful stage version.  The latest series went to air in February 2014.  Grandpa has been nominated for a BAFTA  five times, has won the Bafta Cymru for “Best Children’s Programme” and has sold to over 106 territories.  The company also created and produced the pre-school series -  Ha! Ha! Hairies!  for Turner EMEA which has also had three BAFTA nominations and a win.

Mellie has a degree in Drama and Russian.  She has a background in both theatre, education and journalism and she began her media career in Audio Publishing as a Voice Director in Audiobooks, working with established prime time actors.  She wrote and directed sales training programmes and started writing for children, adapting and producing nine fully dramatized Roald Dahl programmes for Penguin.  She then began writing for television with The New Adventures of Captain Pugwash for ITV and was soon working with the Jim Henson Company on Mopatop’s Shop.  She co-created and developed Jim Henson’s The Hoobs for Channel Four and was head writer and show runner on all 250 episodes.  The Hoobs won the Bafta for Best Pre-School Live action show in 2002.  Mellie went to Australia to co-develop and set up the writing process on another Henson show -  Bambaloo -  and on her return she began work with Tiger Aspect script editing the award winning Charlie and Lola.  She has written on many of the significant children’s animated brands including Angelina Ballerina, for which she wrote a 50 minute special that won a British Animation award in 2004.    Other shows include The Magic Key, The Magic Roundabout, Fireman Sam, Barnaby Bear and Little Robots, plus a host of development work over the years including Roald Dahl’s Enormous Crocodile and Tales of the Riverbank.

Mellie is now nurturing trainees who are new to television performing, writing and producing.

Martin Franks is an experienced Producer, Director and Voice Director. He was Lead Director both Grandpa in My Pocket 4/5 and The Ha-Ha Hairies. He has directed Waybuloo for the CBeebies and What’s Your News for Nickelodeon.

Martin has a degree in Drama and English and he began his career in Education.  He’s a qualified secondary school teacher and has worked extensively with Children and Young People during his years at Save the Children Fund.  He lectured in Communication Studies at Anglia Ruskin University and spent some time in Social Welfare running projects in prison, with probationers and other Government departments such as the Cabinet Office.  He interviewed Tony Blair and John Prescott along with other cabinet ministers in No 10 for a programme to celebrate the Chartermark Awards.  Martin has directed numerous corporate training and promotional programmes for the Financial Services, Petrochemical and Insurance industries as well as the British Association for Coaching.  He also has a host of educational programmes under his belt having worked for Pearson Education in both Audio an Video.  In addition, Martin has directed ESL courses for overseas clients and a raft of Audio Books for Penguin and other publishers, working alongside Mellie Buse with high profile actors.    His experience in the Corporate and Education sectors means that he can deliver great content in short timescales and on very restricted budgets.

Martin has now established the Magic2Media Studio and is currently directing and editing the company’s digital content as well as training young people in camera and sound, editing and Production Management.   Some of the trainees are part of the Creative Skillset initiative, others are students on media courses. 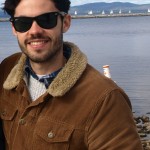 Oli is a Business graduate who has a strong interest in both the business side of the industry and the creative and development aspects. He is currently a Project/Production Manager at Magic2Media, a role requiring both wide ranging administrative tasks as well as creative work such as content creation, web development and script writing. Oli is taking some responsibility for the pre-teen projects at Magic2Media. 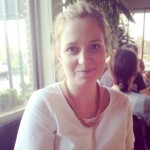 Chloe has a degree in Film Studies from The University of Kingston and is keen to pursue a career in Film and TV. She is also a Project/Production Manager at Magic2Media where she is taking some responsibility for the pre-school projects currently in development, as well as doing some script writing and editing.

Claudia is our Social Media and Digital Marketing guru though all of us are helping out. She researches how target demographics are behaving online and keeps an eye on memes and trends. She upfronts much of our Facebook, Twitter, Instagram and Snapchat activity. She also helps out as a very accurate Stopframe puppeteer and member of production crews. 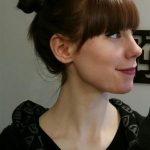 Amy is an experienced Premiere Pro editor who does much of the editing across all our projects. She is particularly strong on Drama and pre-school and like any good editor she lives each programme she creates. Amy recently left the University of Lincoln where she learnt Film Production. 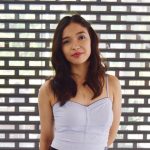 Kristine has been working with us as a talented member of the production team, particularly working on Sound and Production Assisting. Kristine is also a skilled Stop frame animator and editor. She is currently studying at the University of Reading. 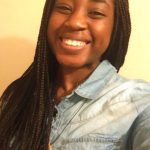 Seun is a strong member of the production team and a talented writer. She is particularly keen to build her writing skills and has helped us with Bitziboos, Chester Tuffnut and My Magic Theatre. She is currently studying at Bournemouth University. 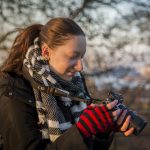 Angelika is an excellent Camera Operator and DoP now based in London. She attends Ravensbourne College at the University of Greenwich. She is a mainstay of our production team and has assisted with most of our live action shoots. 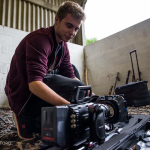 Alex is a freelance cameraman and DoP based in East Anglia. He works extensively with companies in the Peterborough area and has been DoP on several low budget features created in the East. He has worked with us on numerous shows including Weird, Shloppy and Bitziboos. 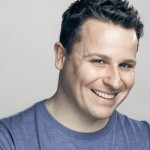 Chris is a puppeteer who has worked in the Avenue Q stage show.  He is keen to work in the kids’ industry and is the puppeteer behind 'Shloppy' and 'Sid.' 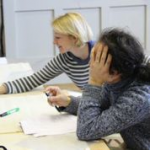 Amelia is a theatre designer and director who is looking to gain experience in TV.  She is the artist and designer behind 'My Magic Theatre.'